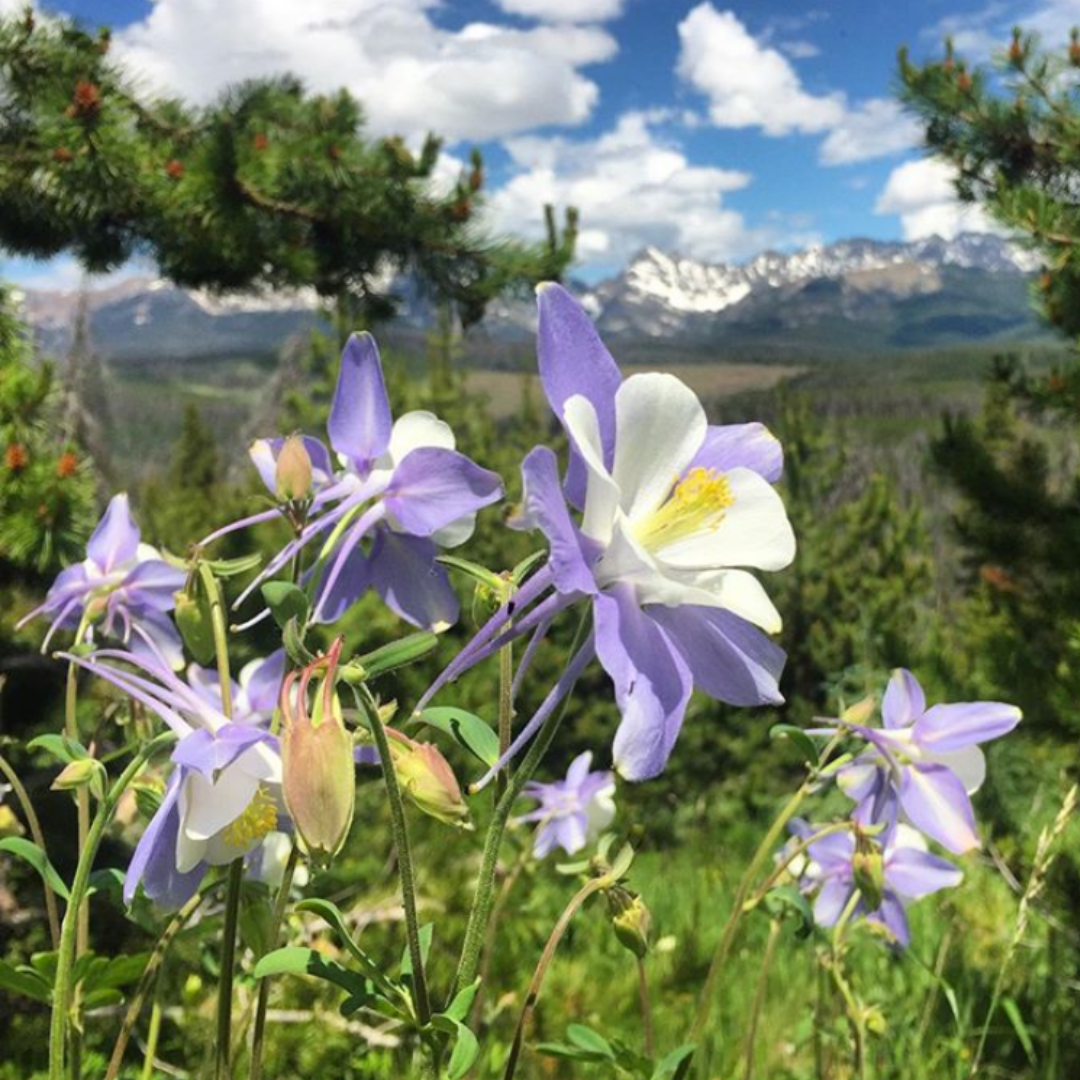 You may have noticed that each year, the Outdoor Lab Schools together choose a symbol. Leaders from both sites meet for a thoughtful discussion to decide on the symbol and the significance it might have on the staff and students in the year to come. It serves as a reminder to all about what the sites hope to emulate.

For the 2019-2020 school year, the sites decided on a columbine- the plant. Many elements went into their decision, including the fact that it can grow in harsh conditions and that it grows near both sites.

So today’s #FactFriday is about the Colorado Blue Columbine (Aquilegia coerulea), Outdoor Lab’s chosen symbol this year, which happens to also be Colorado’s state flower.

Did you know that the columbine may have been named in part for the fact that it resembles an eagle’s talon?

According to the United States Forest Service, its Latin name, Aquilegia, was acquired from the notable biologist, Linneaus. In Latin, the word aqua means water and legere means to collect, referencing the water that collects at the base of the Columbine’s spur (the extension on the “back” of the flower). HOWEVER! Aquil in Latin means eagle, which could be another reason for its naming history.

The columbine has a unique, impressive flower- one people don't forget. Its unique shape makes it attractive for long-tongued nectar feeders (have you heard of such a thing!) like hummingbirds and hawk moths. Often, the flowers found naturally at higher altitudes are more colorful than those found at lower elevations. They thrive in the mountains, just like the students that attend Outdoor Lab!

Some species of the columbine have supposedly been used medicinally to help prevent spasms and as a salve for the treatment of certain stomach ailments (this is not a medical recommendation!). According to one site, a hair wash can also be made from the boiled plant.

And true to why the sites picked this plant as their 2019-2020 symbol, columbines are able to grow in harsh conditions- in higher altitudes and in rocky or nutritionally-lacking soils. This is because they have long taproots that can sink deep into the soil where they grow.

Here's to #FactFriday, to growing bright in the mountains and to looking toward the future with integrity.