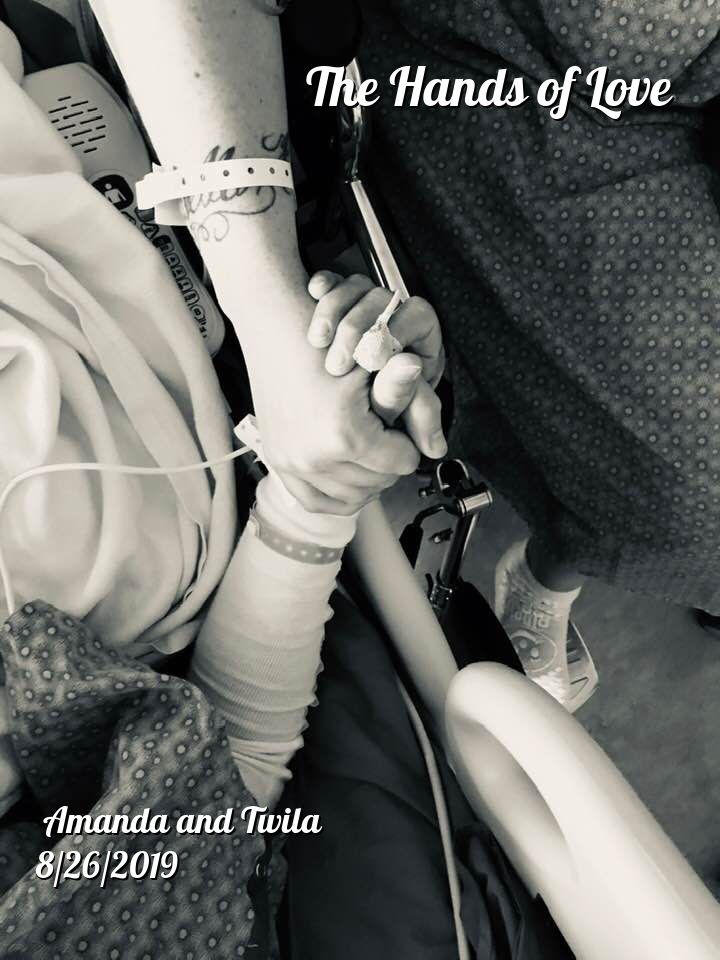 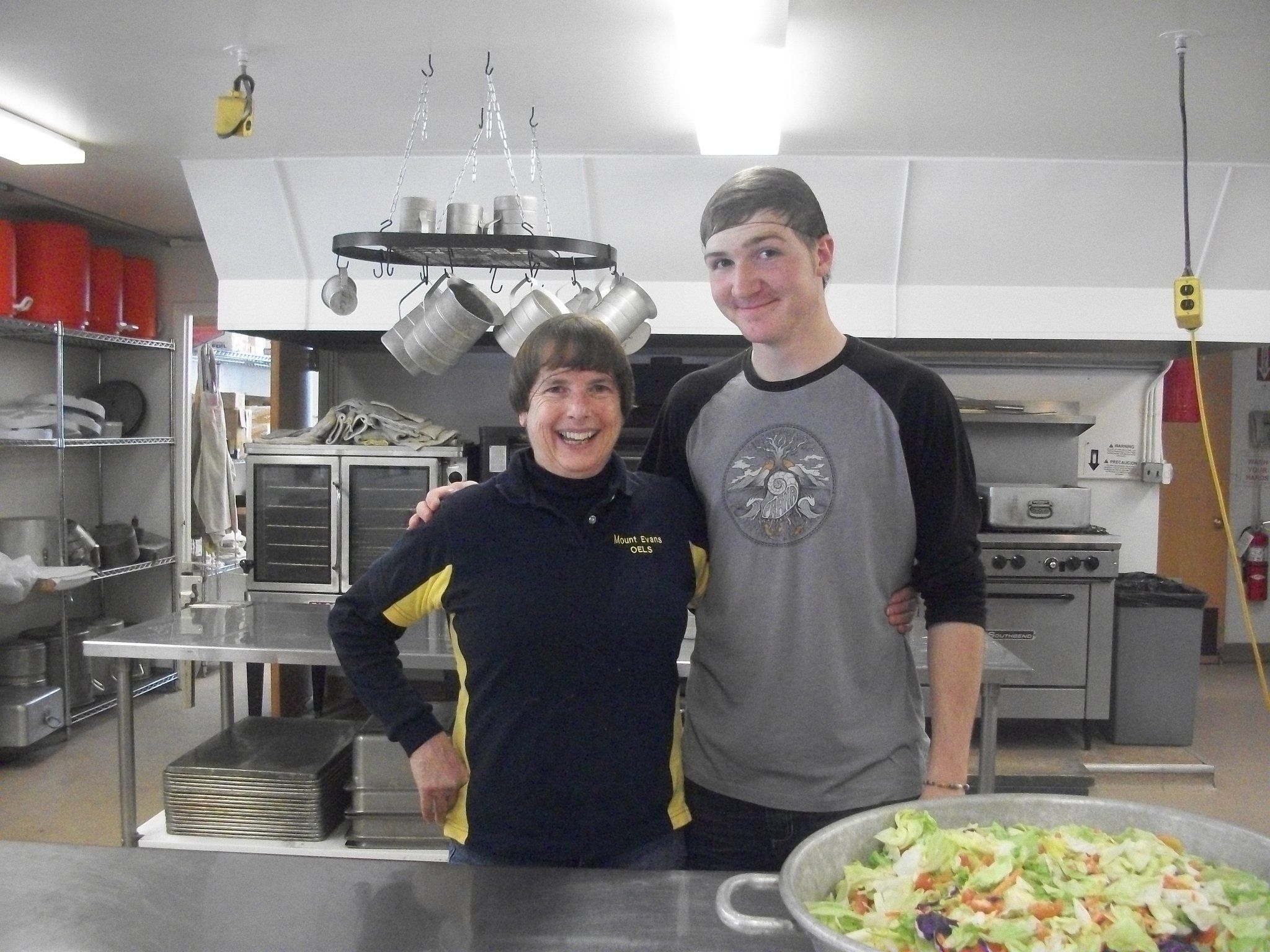 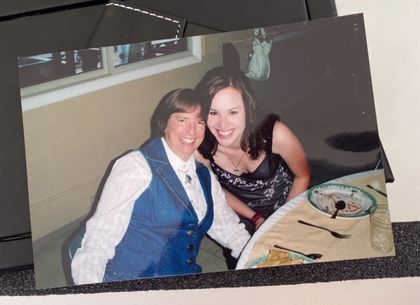 Beating All Odds: A Story of Hope, Luck or Coincidence?

Sunday, August 26, 2019 is a day that Twila Shyrock will remember for the rest of her life. She recalls it with full detail, feelings and all. Who could ever predict that two interns she met while working at Outdoor Lab would be the ones to save her life?

Twila first heard about Outdoor Lab when she was job searching in the summer of 2005- she saw an ad from Mount Evans Outdoor Lab School saying they were looking for kitchen staff, so she applied. She loved it. After two full years, she was promoted to Kitchen Manager, where she stayed for 8 years. She loved many things about working at Mount Evans, and though she officially lived 10 miles away, in Evergreen, she considered the mountain site home. She often stayed late into the evenings to help teach and do activities with students, like line dancing.

Working for Outdoor Lab meant Twila had the opportunity to meet hundreds of people from various walks of life. One such person was Kevin Thirouin, who was involved with Outdoor Lab for three semesters: as a high school leader,  an intern and finally as an Assistant Curriculum Specialist, creating schedules for 6th grade students. Like many people, Kevin referred to Twila as “Mama Twila”. Kevin had a few struggles while at the site and was grateful to have someone like “Mama Twila” to talk to.

Another person Twila had a great coincidence in meeting was Amanda Rogers (formerly Biegel). Amanda and Twila hit it off right away- they talked about things like relationships, especially when Amanda began to date her now husband, Trey. Amanda worked with Twila helping out in the kitchen and assisting with line dancing lessons in the evenings. Amanda completed two semesters as an intern at Mount Evans, and then one additional semester in the kitchen working with her newfound comrade and colleague, Twila.

Twila had a unique ability to connect with students who came to Outdoor Lab during her tenure. Thus, her title, “Mama Twila”. Students say she had a naturally uplifting spirit and would always try to lighten the mood when situations were tense.

A Rough Road Ahead

In all of her gentleness and optimism, it’s hard to believe that Twila has been through some serious health issues, starting back in 1978. That’s when she was diagnosed with Berger’s disease, a kidney disorder that can hamper a kidney’s ability to filter waste from the blood. She learned to manage it with diet, exercise and medications and that worked for a very long time.

It wasn’t until she received treatment for a fight with breast cancer some 40 years later that her kidney function started to worsen, and eventually, begin to fail. In 2018, Twila was officially diagnosed with End-Stage Renal Disease; doctors believe her failing kidneys were caused by the radiation treatments she received to combat breast cancer. End-Stage Renal Disease is a serious diagnosis where the kidneys function is at 10-15 percent of their normal capacity [Davita]. When a kidney disease progresses to End-Stage, dialysis or a kidney transplant is “necessary for staying alive” [Davita]. And just four months after her End-Stage diagnosis, her kidney function levels were so severely low that she was given even graver news: Twila would need a transplant to survive.

Twila knew that this meant the fight of her life was ahead of her. So, she immediately started the six months of required preparation and testing to make sure her body could withstand the transplant surgery. The preparation included two surgeries and multiple tests on her other organs to ensure they were in working shape. She was also put on dialysis to maintain her kidney function at “survivable levels” while she waited on word of a new one. She had no idea what would happen next.

When Kevin and Amanda heard the news that Twila was being put on the transplant list, they both volunteered. Twila was in shock but also elated that she had friends who would offer such a precious gift; a piece of their own bodies to save her life. Both Kevin and Amanda began the testing process as well. They found that although Kevin could technically donate a kidney, it would be good for only four to five years because of certain antibodies in his blood. Twila says she couldn’t do that to him. And kept waiting.

Light at the End of the Tunnel

The phone call came in early August: the hospital wanted to know if the 26th would work for transplant surgery. She asked who. Who would donate such a gift? Due to privacy laws, the hospital said, they could not tell her. But she had an idea.

She doesn’t remember who she called first- was it Kevin or Amanda? But by that afternoon, she learned that Amanda, her Outdoor Lab intern, was going to be her official kidney donor. Twila says no words could describe her feelings that day. “How do you thank someone who has given such a wonderful gift,” she said later in an interview. “The gift of life?"

The weeks lasted forever and at the same time passed quickly, but August 26 finally did arrive. To most people, it was a typical Monday. Parents hustled to get their kids to school. Interstate 25 was bumper to bumper. The Starbucks drive through wrapped around the parking lot. But to Twila, the Monday was extraordinary. She was on her way to begin again.

Twila’s surgery took place at 9:15 a.m., and by all accounts, it went smoothly. After the surgery, both Twila and Amanda were taken back to their shared room to rest. Amanda wheeled her chair over to Twila's bed. Laying there, exhausted and grateful, Twila reached out and grabbed Amanda’s hand. Twila’s husband was in the room and caught the moment on camera. This beautiful moment was very appropriately named the “Hands of Love” photo (see photo on the right).

One week after Twila’s transplant surgery, she developed a fever and headed to the local emergency room. The doctors told her she developed an infection in her blood from a normal type of bacteria that was present in Amanda’s kidney before the surgery. Though worrisome, she received antibiotics. Five days later, she was discharged back home. She has been well since.

Now, Twila is facing a new kind of threat- one we are all facing- the current COVID-19 crisis. This has Twila currently sheltering safely inside her home. Her main worry is the ability of having food delivered, but is taking it day by day.

Twila will stay immunocompromised for the rest of her life, but even so, she considers herself blessed. “I am still alive which is the best thing,” she says. “So why should I focus on all the negatives?” She stays in close contact with both Kevin and Amanda. Lovingly known as “Grandma Twila” to Amanda's kids, Twila says the title is a nostalgic reminder of her years building many meaningful relationships at Outdoor Lab. “Mount Evans Outdoor Lab School is a magical place for everyone who goes there,” she reminisces. “You never know who you will meet and who will make such an impact on your life.”